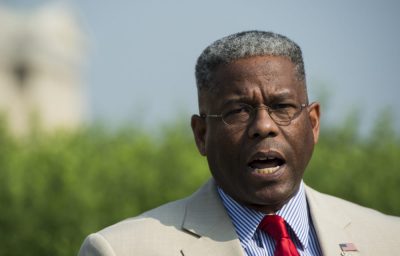 Ok folks, here’s what REALLY happened in Charlottesville – and what everyone is missing

This past weekend I was honored to be in a most picturesque place with some great and hospitable folks in Prescott (Yavapai County) Arizona. I was there to address the Republican Women of Prescott, the nation’s largest Republican women’s club, on their 75th anniversary. The scenery there was just breathtaking and there was just a sense of solemnness that we all need experience from time to time. How great a contrast it was from what was happening across the country in Charlottesville, Virginia.

Let me begin by saying, I deplore any form of supremacist view — white, black, Hispanic, Islamic. I will be the first to openly state and embrace, a sense of American exceptionalism and supremacy that is rooted in our founding principles and values. Any and all else that is contradictory is to be condemned. What I have witnessed post the events of Saturday 12 August is the typical Rahm Emanuel mentality and political posturing: “never let a good crisis go to waste.”

Therefore, I seek to assess what really happened in Charlottesville, Virginia.

First, may God rest the soul of 32-year-old Heather Heyer who tragically lost her life. My sincere condolences to her, her family, and those others who were injured. I fully support seeking the death penalty for 20-year-old James Alex Fields Jr. of Ohio who committed this horrific act of violence. But, how did we get to this place?

This all began because someone decided, as other elected officials have across the country, to cave in to partisan political pressures and seek to erase American history. History is not there for us to love or hate, but for us to learn from and seek to not repeat its mistakes.

If there are those who truly believe we protect ourselves by trying to revise history due to false emotions, then we miss out on who we are as a nation, and our evolution. The statues of long since deceased leaders of the Confederate Army do not stand to remind anyone of oppression. And if a statue can oppress you, then I submit that you have greater issues.

I certainly did not appreciate former President Barack Obama taking a photo op in Cuba before the image of Che Guevara, nor do I enjoy seeing anyone wearing said image on t-shirts here in America…but I do not go into some whimsical state of “oppression.”

And so it is that we do possess in this Constitutional Republic a freedom of speech and freedom of expression. It would appear that said group who didn’t wish to see the statue of Virginian, General Robert E. Lee, who was a commissioned U.S. Army officer, graduate of West Point, and served the nation in the Mexican War, taken down did apply for a permit to hold a rally. We can dislike these individuals, but they took proper measures to secure permission to express their First Amendment right.

Contrary to their position, the word went out for a counter-protest to occur which included groups from a different side of the political spectrum, who have also been very guilty of hateful rhetoric and violence. What should have happened is that these two groups should have been kept miles apart. I do not understanding why any local law enforcement agency would allow these two groups close proximity…first lesson learned. And we must also ascertain, did the counter-protest group seek permit or did they just “show up” in order to provoke, and elicit a response they could use “politically?” Yes, motivations are important to understand in this case, if we’re serious about getting to the bottom of what happened in Charlottesville and not just the typical media-driven frenzy.

I find it rather odd that so many are seeking to lay blame on President Trump for what happened in Charlottesville. And there are some voices out there who want to blame all white people, and all Republicans. How odd that when it was the New Black Panther Party outside a voting precinct in Philadelphia in black fatigues and with clubs, nothing was said. As a matter of fact, they weren’t even prosecuted for voter intimidation. And when it was the riots in Ferguson and Baltimore fueled by media false narratives and a presidential administration’s rhetoric, there was no blame laid on Barack Obama. It appears to me that there is a blatant hypocrisy when an individual commits a horrible crime, such as in Charleston, South Carolina, and a collective group of people are to be held accountable.

But, when there’s an Islamic terror attack people say, “we cannot rush to judgment” or “this is not indicative of all Muslims”…to wit I agree, but why not call the enemy for what it is” militant Islamic terrorism or jihadism? Why must some be browbeaten into condemning the actions of a few, yet we have others who have fully admitted their support to groups calling for a “resistance?” And where were the voices to condemn the violence in Washington DC on Inauguration Day, or even at UC-Berkeley…or the violence committed against those who support the current president or hold beliefs aligned with Constitutional conservatism?

If we want to condemn groups such as the neo-Nazis and others, then we must also condemn groups such as BLM and Antifa. And we need to stop the cherrypicking, as they all should be investigated. Let’s end this absurdity of trying to connect the Republican Party with the Ku Klux Klan, since it was a creation of the Democrat Party. And I seem to recall Senator Robert Byrd of West Virginia, infamously known as a grand wizard of the Klan, lauded over at his memorial by Barack Obama, Bill and Hillary Clinton. It was Senator Byrd who was vehemently against the Civil Rights Act of 1964, but it was Republican Senator Everett Dirksen who supported its passage.